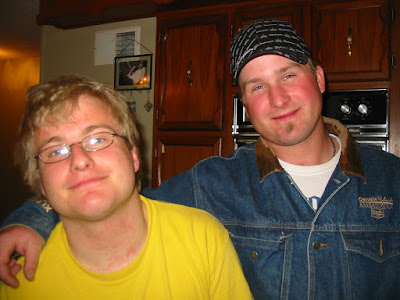 Joan cracked us up with her story about the time she was driving along with her friend Brenda and they saw a licence plate bearing the letters SLMDNK.
Joan exclaimed, "Slim Dink! Why would a guy advertise that?"
Brenda cleared it up immediately.
"He's a basketball player; Slam Dunk!"
Our Joanie, a bit of a clown.
Posted by Blondi Blathers at 7:12 PM No comments: