Emil on the Move

When Emil comes to our place, he parks his elbow crutches outside on the step railing and makes his way into the house using his hands to steady himself.
He sits in the porch to remove his boots and jacket, and then walks around the house in his sock feet. Some of the time he wears his braces and shoes, but tonight he is taking a break from them after wearing them all day.
He's decided to call his dad in St. Albert and see if he's coming out for the Easter weekend. Emil likes to be alone when he's on the phone so is making his way from the living room to the bedroom. 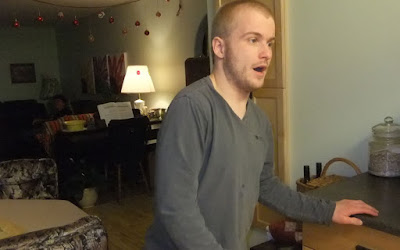 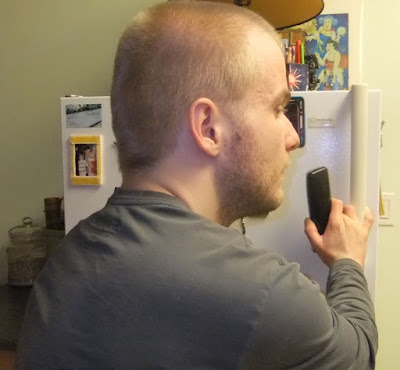 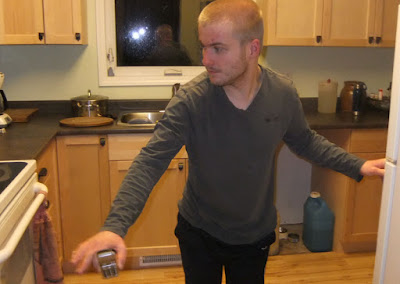 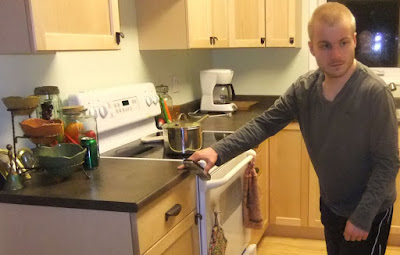 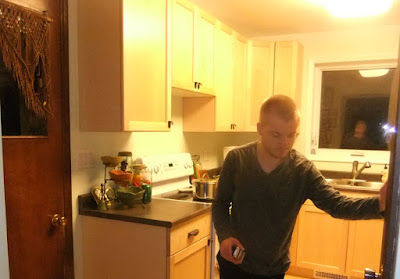 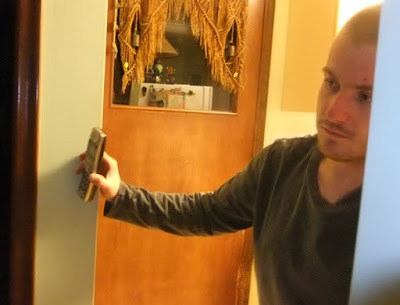 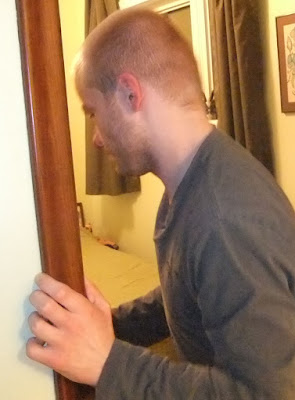 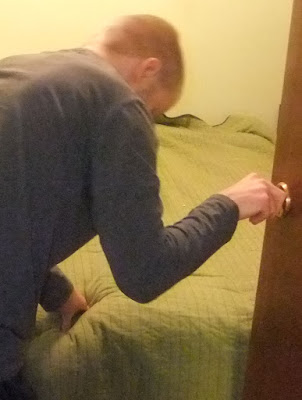 When he gets to the bedroom, he immediately closes the door.

Sounds like Gord won't make it for Easter, but is considering coming out a week or two later.