My favourite book? The Perfection of the Morning, by Sharon Butala. It's a memoir of her life on a south Saskatchewan ranch with her new (at the time) husband. I loved it so much and read it so long ago that I might just read it again. 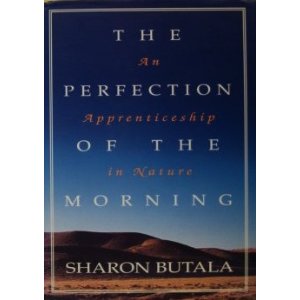 Another of her books that I read was The Girl in Saskatoon about a young nursing student from the Endeavour, Sask., area, who was murdered in the city in 1962. Her killer has not yet been found. The CBC program W5 did a show on it all these years later, about how the victim's sisters are still hoping to find the murderous prick. 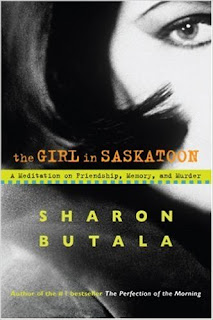 Butala's latest is a novel about life on the Saskatchewan prairie as a young female settler from Quebec who is abandoned by her husband. He sells their farm and home out from under her and their  child, as men could legally do at that time. 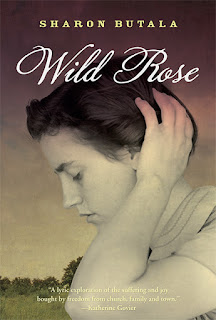 Butala does some beautiful writing, sometimes describing what I feel myself when out walking. For instance:

And calm rose from the land itself that, as she walked, seeped into her too.

Then, slowly, as she walked, stood, breathed in deeply, her muscles unclenching themselves, she would begin to remember what it was to be herself, grateful that she could still find that place where she recognized who she had always been.

Unfortunately, the text has been poorly proofread and there are errors and omissions in punctuation and though at first I ignored them, after a while they started to bug me. Also, I do not like sentence fragments, and there are too many; we may have to blame Butala herself for those. But Sharon Butala deserves better than a shoddy proofreading job, I say, pissed off at the book's publisher.

And then I was tootling along quite nicely, overlooking those details, when Butala wrote in a kiss on the prairie that read like a Harlequin romance ... not believable in the least. And so now I'm afraid the story's all going to be predictable and trite. I may not even finish it. We'll see. It's Sharon, after all. She has never let me down.

Meanwhile I've started reading A Bad Day for Sorry, by Sophie Littlefield. It's had me chuckling since Day One; it's different, for sure. If you're a man who physically abuses women, Sophie Littlefield has created a character who will come after you and teach you a lesson you will never forget. Or if you do, she will find you and teach you an even rougher one. I have been fortunate enough in my life not to experience or witness the physical abuse of women, but I still fiendishly enjoy the thought of an abuser getting his just deserts.