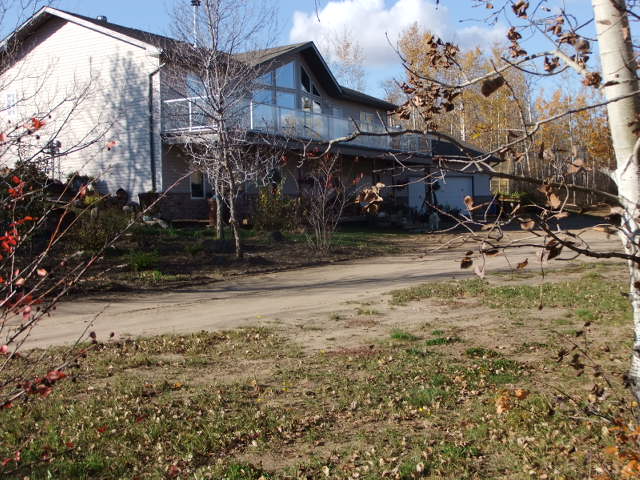 After looking in on Everett in Edmonton for a couple hours, we drove out to Shelly's new place (well, three years since she bought it) and spent a day there before hitting the dusty trail home.

She and Scott had several conversations about various things; I forget just what, now. Why something didn't work, how to fix it, possible solutions, and so on. She took him downstairs where her industrial sewing machine is and doctored up a couple items for him, and he made an adjustment to the glass door of her fireplace so that it closed properly for the first time since she moved there. (Aside to Maggie Polito: She screamed when he did it in less than 30 seconds!) Till we arrived she'd kept it closed for three years by leaning a log against the handle rather than paying the minimum $1200 estimated by a fireplace professional for the new insert it absolutely needed. (Bastards!) 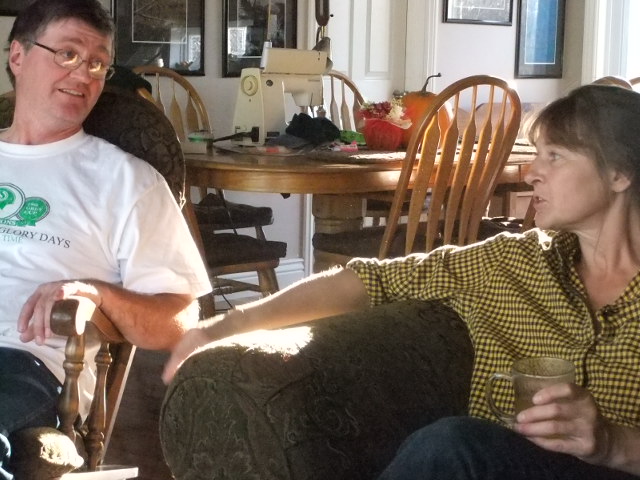 Whatever I added, she wasn't sure whether to believe it or not; I have seen this expression many, many times since we met more than 30 years ago: 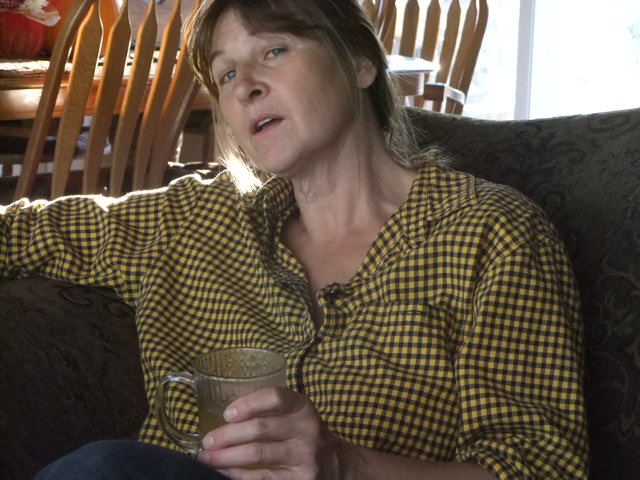 A fearless do-it-yourself'er, she described some of her problems around the house and yard to the general contractor, who listened carefully and then offered his two cents: 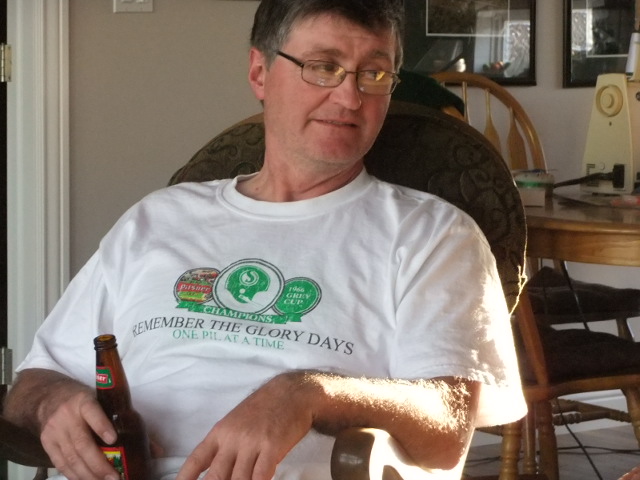 As my sister Karen once said to me with a grin, "Kathy, he doesn't know everything!"
I know he doesn't know everything (thank god; he's cocky enough already), but dammit, he knows a lot of stuff. Guess he should, after being in the construction business for 30 years or more, and growing up on a farm before that. Farm boys know why things aren't working, and how to make them work.
Posted by Blondi Blathers at 10:39 PM 2 comments: