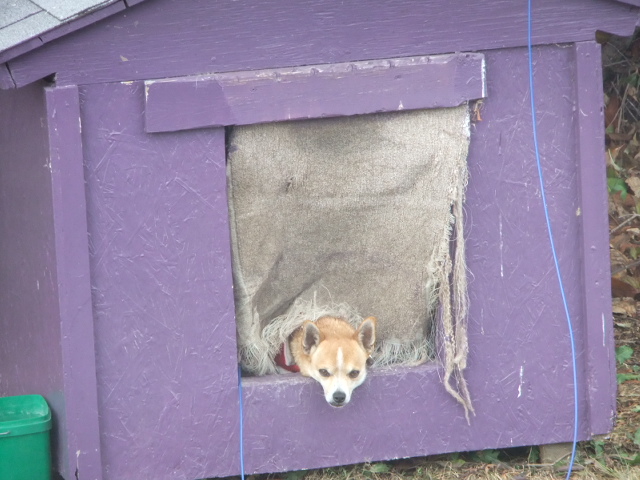 Ducky Doodle is shivering, but does he want to come in? Hell no. He insists on being outside where he can keep an eye on the yard and the other dog (one of his girlfriends).

He is attached to a cord so that he and the old dog won't gang up on a kitten, and so that the two of them don't go a-wanderin' down the road and get run over. They take turns being tied up when they're out there together and no one is around to keep them in line.

He is wearing his fall jacket.

Sometimes when we've no plan to clip his collar to the cord, he runs over there and sits as if waiting for us to do it. So it doesn't seem as if he minds.

*** This has been a family service announcement for my niece Danielle, who raised Ducky Doodle from a pup.
Posted by Blondi Blathers at 1:01 PM 1 comment: