More from the Roving Photographer 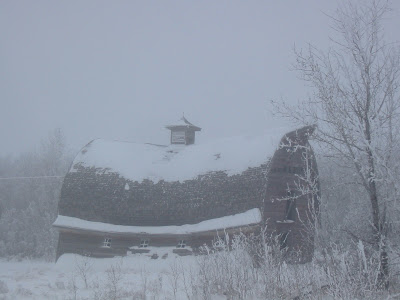 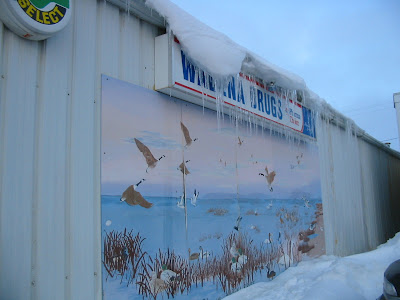 I see you guys like Kurt's photos. I'll be sure to show him all your comments.

It's snowing heavily today. Scott and I headed for Wynyard at 9:30 this morning but turned back a couple miles south of Wadena due to the poor visibility. Didn't think it was worth the risk, nor did we feel too badly about having to postpone our dental checkups.

Before coming home we fuelled up the half-ton, bought a couple jugs of drinking water and some groceries (could be snowed in for a few days, best be prepared), dropped off a library book, got the mail and stopped at the credit union. The 2011 calendars are out, presumably with Scott's photo of the dilapidated house in the middle of a field that realistically should not still be standing, that he had called "Spirit of Endurance" and that the credit union had sent him a $50 cheque for because they were going to include it. So we were surprised to discover that the photo they used isn't that one, but instead a shot of the old hayrake that sits near the entryway to his family's farmyard. They used the correct caption but the wrong photo. Oh well. Considering the number of submissions they must have received, we are doing well to have one from our camera included, and it's a pretty nice calendar.
Posted by Blondi Blathers at 3:11 PM 1 comment: