What a perfect day! Heaven surely isn't better than this.

The wind was whispering in the poplars: 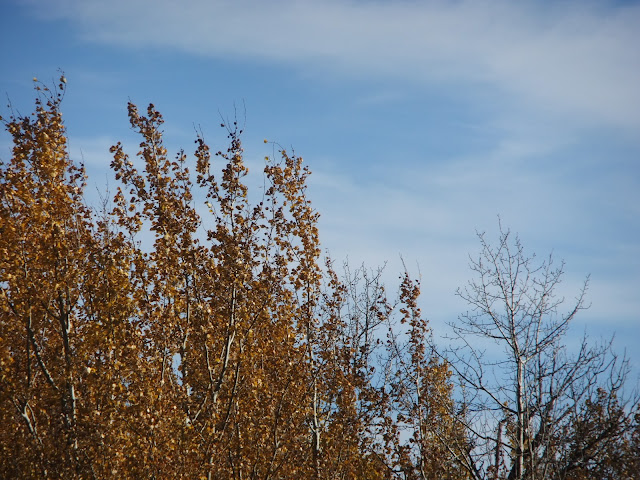 You couldn't stay indoors if you tried.
I pulled the tomato and the green pepper out of this planter, and scared two mice out from under it. 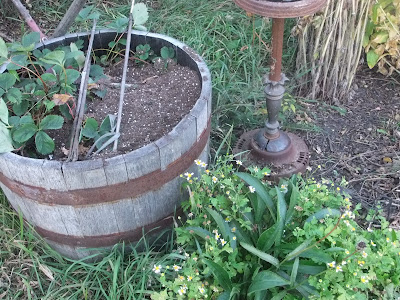 They, however, didn't shriek. They just bolted into the flowerbed where I was about to start pruning.
I had second thoughts, believe me, about continuing.

It's so nice out, I went for two strolls. Long, leisurely ones.
In the late afternoon, I put some wild rice (and beef) sausages into a frying pan to cook slowly for Scott. And me? Raisin rye bread with cheddar was my supper: 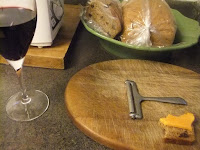 I've been eating a lot of raisin rye bread since baking eight loaves of it on Tuesday: 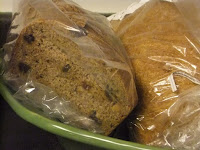 It's nearly seven and Scott is not home yet. He expected to be combining only till dark and thought we could go to Bev and Paul's, so that's what we'll do.

I went out to the shed and filled a cardboard box with chopped wood to take along. Then I was inspired to dig out our burning bowl so we can have a fire here one of these days. And I didn't get to a lake yet this summer either. What the hell! The things I like best, and I don't do them? It's foolish.


Scott (?) had built a bale house in the barn, for the cat, and stuck the burning bowl behind it. I had to climb up and then down behind it and get all strawy, ew! But at least with Bob the BarnCat right there, master of his general vicinity, I didn't worry too much about disturbing any mice.

That last hour or two of daylight is always so pretty: 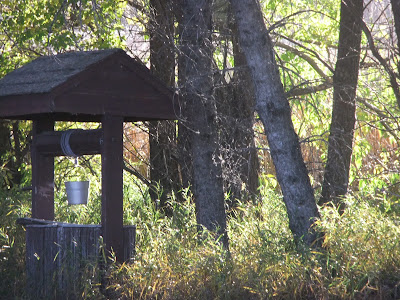 I don't want to go for a third walk at this time, but I go to the end of the driveway a couple times: 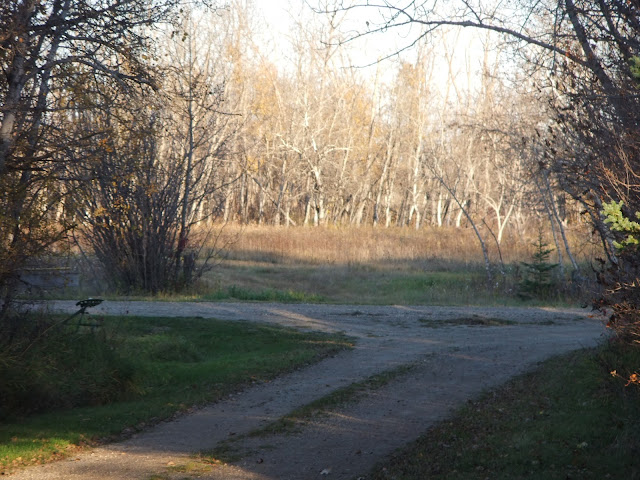 It's tempting, isn't it? I almost went again: 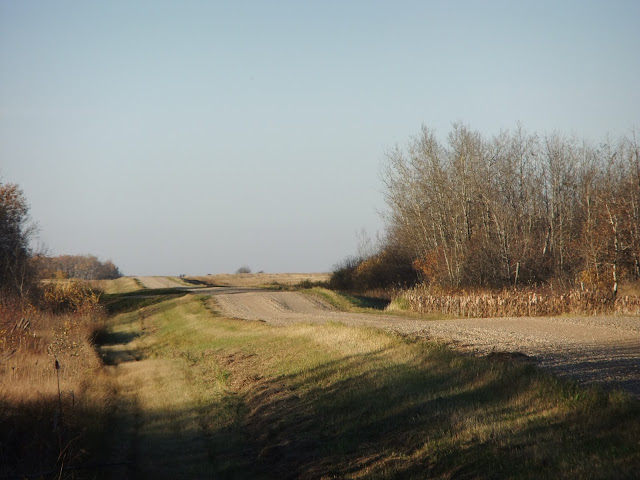 Why, in my journals, do I insist on putting date and time, rain or shine?
When reading back these things, I don’t even glance at the date.

What’s the next journal on the timeline?
Shoot, it’s only May. It’s still 1975 and I’m still at Luther College in Regina.

A lot of complaining, decent writing and what seems to be clear and intelligent though definitely teenage thought, and plenty of playfulness.

That playfulness is still around.

I’ll work my way through the second journal over the next four days off. Most of it isn’t interesting; after all, been there, done that. But I find myself laughing out loud fairly often. Guffawing. Recognizing. Remembering. Gladly farewelling.
And anticipating burning, with some glee.

It’s gorgeous fall weather and Bev has invited us to Kuroki for a bonfire, but Scott is combining and we can commit to nought.
Posted by Blondi Blathers at 10:45 AM 2 comments: