Have been reading a biography of Ottoline Morrell. A bit of a soap opera life, or at least the way it’s written – mostly about intrigues in her personal relationships with people – and rather dull. I’d like to read something in the woman’s own voice instead.

Her friends saw her philosophy as "her brand of mystical romanticism." It sounds like her friends were as two-faced and mean as it's possible to be, bar acts of stabbing and theft.

She was a longtime friend of Lytton Strachey, who, while working on the production of his manuscript for Eminent Victorians, wrote about the process:
"All sorts of tiresome details and minor crises," which could describe working in a news office some days.

Ottoline's on-again off-again sweetheart Bertrand Russell was in the streets of London when the end of World War I was announced. There was widespread jubilation. He wrote, "I saw a man and a woman, complete strangers to each other, meet in the middle of the road and kiss as they passed."

Here's Ottoline and her home at Garsington Manor: 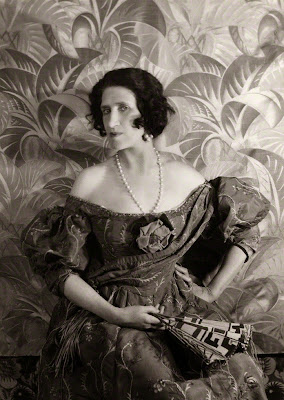 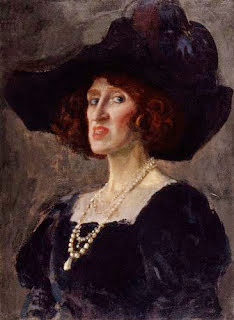 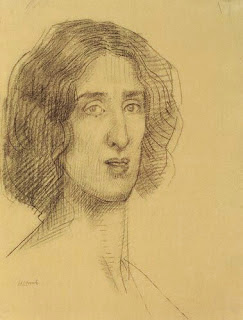 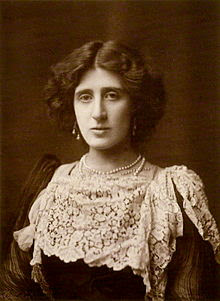 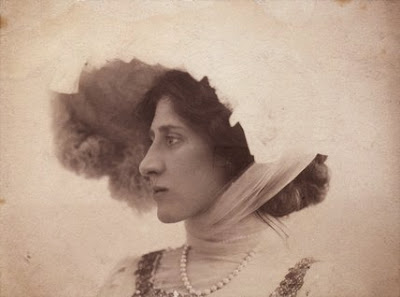 For more about Ottoline Morrell: CLICK HERE.
Posted by Blondi Blathers at 2:23 PM No comments: