And We're Off and Running into a New Week 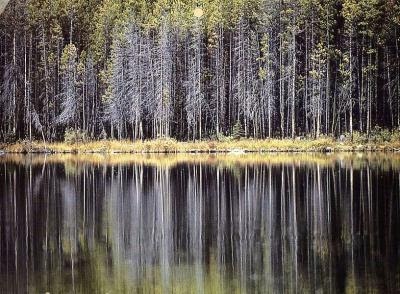 How bad is this? I have to steal a picture from the front of a greeting card. Or maybe it was a magazine.

Quick Notes:
a. I brought Chloe home Friday and as of Saturday morning the old girl Casper did not even think about following the van when I drove out of the yard. Problem solved. Chain may see no action for the next many years.
b. Rosalie you are the second person who has suggested Casper is a Great Pyrenees. Maybe she is crossed with one, as her fur is shorter than what I see in pictures— it sticks up, more like the hair of a husky or shepherd. She also has small dark brown spots on her ears and a curly tail and she's very big-boned. She's also not one of those waggy-tailed friendly dogs if she doesn't know you (and even sometimes when she has met you before). She's standoffish and would (and has, before she came to live here) give me pause if I was thinking about getting out of my vehicle in her yard, with her back-hair up and her looking at you over her shoulder. She's never bitten anyone, to my knowledge, and that's good, but I like this watchdog in her. Especially when I'm staying there alone; not that there's anything to worry about in these parts. After two weeks there I could pretty much be comfortable leaving the doors unlocked all night, although it wouldn't be my habit.

Emil and Everett have just arrived from school so I'll visit with them for a while before heading back "home" where I have had the stupendous good fortune of being able to sleep with the bedroom window open for the past two nights. It's been horribly hot today (not complaining, not complaining) and the sky has just darkened over and a few sprinkles have come down. We need a serious rain.

So far the house at Golden Grain Farm remains cool during the day. Whether that continues once there is more coming and going remains to be seen. Right now it's quiet except for the birds all around the yard and the old dog barking at the young one to tune her in or scare her from Casper's space. Otherwise Chloe would jump on Casper constantly, to play. I haven't turned the radio on once in the two weeks since I started staying there; a rest from news and noise. I could get accustomed to it, though I'd soon miss other bodies in the house. Everett spent the weekend over there with me and it was much appreciated.

He and his classmates made jam at school so he is giving me a sample on toast. Delish.

The boys were over for supper last night but unfortunately the step that had the handrailing has been dragged away from the house, so Emil has to crawl up and down the steps leading to the front door. Hate to see him doing that, at his ripe old age of almost 21, but he's heavy enough now that it's dangerous for me to try to support him as he walks up. We could both end up on the ground.

Yes, he'll be 21 on June 21st. He has only two more days of school for this year. Everett starts exams this week, and is hoping for a couple recommends. I'm glad I don't go to school or take classes anymore. Who has time? Who wants homework, and study? Not this gal.
Posted by Blondi Blathers at 4:09 PM No comments: