My Place, of a morning 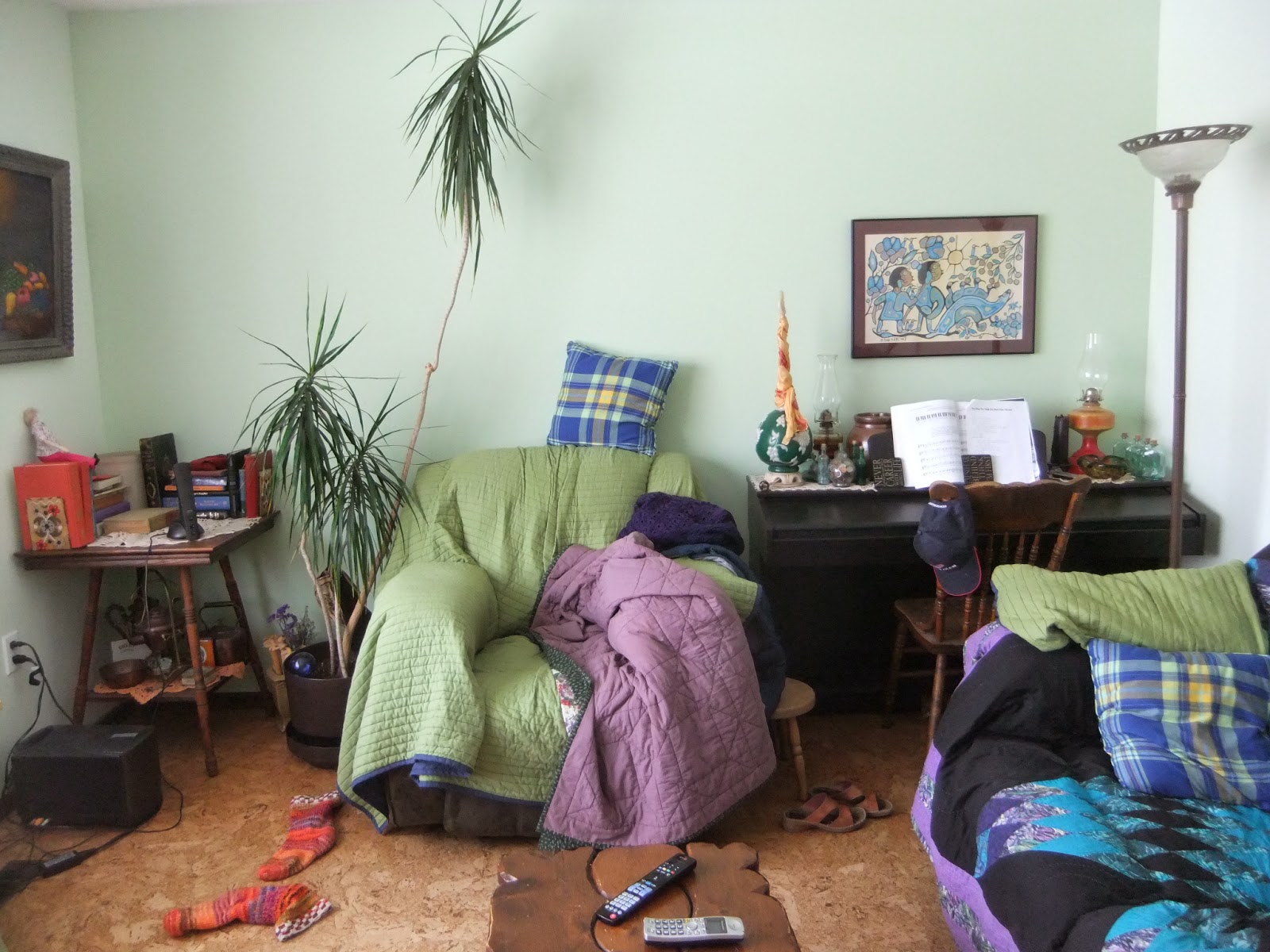 It's been a restful four days off.
My back is much, much better, so I could actually enjoy doing next to nothing.
It must still be healing, because I haven't had much energy, but that's fine: no pain to speak of.
Ah, to be on the mend. Thank goodness. What a relief.
I'll go today for my third shiatsu massage. They are rather uncomfortable, what with my back and feet having so many tender spots, but it's worth it to be able to move like a normal human being again.


Gord (my wasband) was out from Edmonton to spend a couple days with Emil and Everett. He played Easter Bunny and brought chocolate eggs when he drove Emil to the farm yesterday.

Something happened yesterday morning: I started slogging out the porch. After carrying some six large garbage bags of recycling out to the car and letting the roomba do its thing, I felt I'd accomplished quite a lot that was overdue. Now maybe it won't feel quite as much as if I'm walking into a garbage pit when I arrive home from work.