When Aunt Reta came up from Phoenix this summer, she brought a necklace made of crystals from Czechoslovakia.

"You're still in touch with the oldest McLelland girl," she said, "and I'd like her to have it."

The oldest McLelland girl is Kim. I still remember one of our earliest meetings. We would have been about five years old and we were out in their farmyard, by something like a well, and I was trying to get Kim to do something and she was having none of my bossiness.

As teenagers, however, she liked my mischievous ideas and was always ready to act upon them. We had a lot of fun together. I spent many nights at her home, and she at mine. When my mother was sick and then died, Kim is the friend who called me, who wept as we talked, and who travelled many hours to attend the funeral of a woman she hadn't seen in years.

Our grandmothers had been neighbours on the farm north of Margo, our home town, and Reta reminded me of this.

"Mom and Mrs. Dreveny were good friends," she told me, "and when Mrs. Dreveny made a trip to the old country, she brought this necklace back and gave it to Mom. Crystal from Czechoslovakia is some of the best in the world, you know." 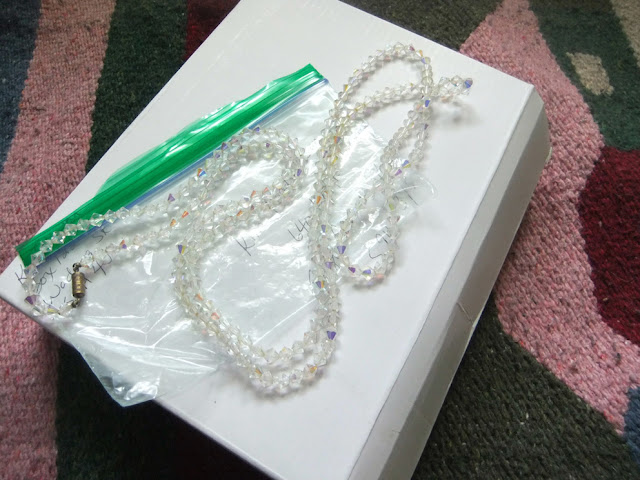 Kim phoned me the night she received the package in the mail and we had a lovely long conversation. Our grandmothers were friends, as were our own parents and now we too, still, after some 50 years. We don't see each other often, but it doesn't matter; the friendship remains.