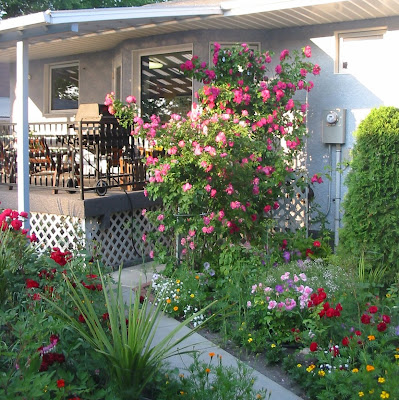 I'd like to get over and see Bill and Nell one of these days, he said.

He did, and off we went. We made a couple quick stops before knocking on their front door in town: one for sale flyers so Scott can keep his finger on the pulse of the retail market, and one to take a photo of the old printing press in front of the newspaper office. Even so, Bill was still beautifying himself when we got there. Nell was dealing with the cleanup after supper.

My garden has one rose bush for every summer since Mom died (man, that word still doesn't seem right), and one of those roses is a climber. It was planted that first summer, but never given a trellis. My highest hope was that it'd latch onto the downward waterspout at the corner of the house and manage that way. But it never did. It does splash out in fragrant roses though, and last week I found a suitable trellis. (There are five rose bushes in Mom's memory so far, and every time I see one in bloom I think of her. Not because she had a thing for roses, but there you have it.)

Bill and Nell's back yard. 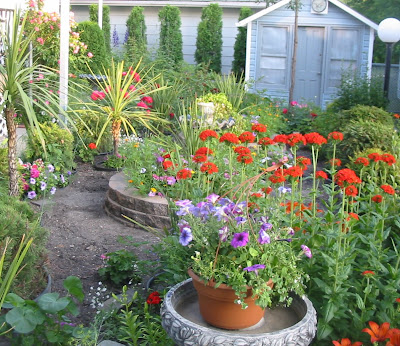 Nell's hair wasn't done or something, so her hands started flying around her head the moment the camera came out. We were at the door to leave at 9:30 and she was trying to feed us. We let her give us a sample of her excellent salsa on cheddar and a cracker, which we munched down in the entryway. But we had to bolt. Scott needed his beauty rest. 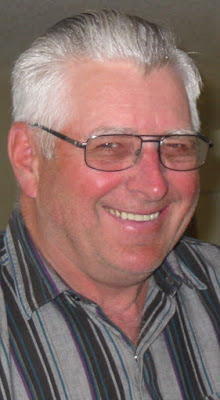