Didn't End Up in Kansas 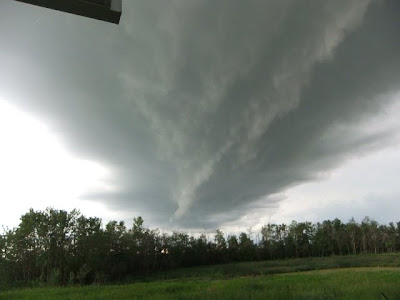 It's a relief to have your kids away from home when there is a serious storm watch covering half the province, including your own home. On Friday night, lightning crashed around the house for hours and we went from window to window, watching the sky. The photo above was taken from the back step.

It reminded us of a time the boys and I had visited Scott years ago when they were still quite small, and after supper he and I had grabbed the boys and headed for the basement of his house when the wind started to howl. That's when Emil was still easy to lift. It would have been difficult to get him downstairs in a hurry, now.

We were fortunate this time; a bit of hard rain, but no hail and no tornado in our immediate vicinity. A community an hour or two to the southwest of us was hit hard; also, the city of Yorkton was very badly flooded on Thursday night by heavy rains. Some people with small children had to be rescued from their homes by canoe. But I digress.

After the danger seemed to have passed, my testosterone-laden partner wanted to drive somewhere out in the open to watch the clouds. I elected to stay near the basement just in case, and away he went. He took the following photos from a grid-road intersection about a mile from here: 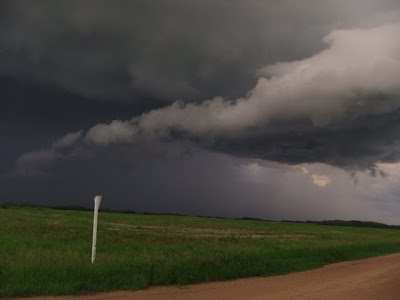 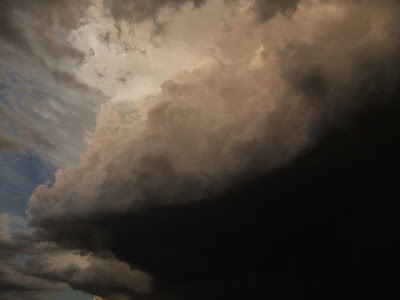 Saskatchewan has been hard hit by stormy weather and rain this spring; I guess it must be our turn.