This blog has, according to Stats, had almost 2000 pageviews today. Why? I can't think of one good reason why there should be such a ridiculously high number for this little ol' bloggy thing. Did I inadvertently write a porny title or something?

In the back yard this morning was a flock of big fat robins; they looked twice the size that robins normally do. What's up with that?

Three things always remind me of my friend Luanne, whom I spoke to on the phone earlier today:
1. I'm baking bread. Lu's a bread-baker too.
2. I'm putting on the winter scarf she gave me when I asked for it because I loved its colours.
3. I'm listening to Eleanor Wachtel interview an author on CBC Radio. It's something about Wachtel's conversational tone.

If you're interested in tarot cards, I've been including one-card readings in the STUBBLEJUMPERS entries. Any café worth its salt should have a card reader, even if it isn't a Russian tearoom. Please remember, I'm not Blondi Blathers (except on Twitter, where @blondiblathers is me). I have placed her as a character into my childhood memories and used some people and experiences in my life to fill hers out, but that's it. Over at Stubblejumpers Café, I'm just watching Blondi and the others and writing down where they go, all in the service of practice writing in the third person.

This afternoon a chicken is roasting with potatoes and carrots for an early supper before I have to drive Emil back to town to be ready for his work week, which picks up again tomorrow. His dad's coming out from St. Albert on Friday to spend the weekend with our boys, and Emil's pretty excited about that. 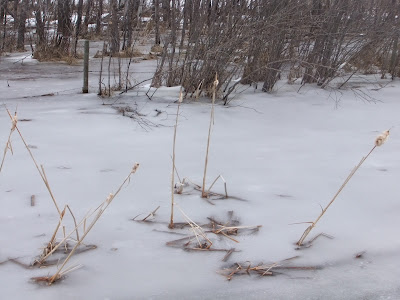 Posted by Blondi Blathers at 4:05 PM No comments: