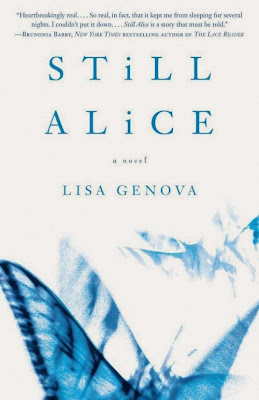 It  happens to everyone, they say, sooner or later.
I got this book home and, before even cracking the cover, remembered I'd tried reading it before and not gotten very far. I was bored with it.

One book that did engage me, though it didn't satisfy, was the memoir Joan Didion wrote about coping with the sudden death of her husband. I read it in the year following Mom's passing. The loss of a husband is surely a different thing than bereavement after a mother's dying, but also Didion's husband's death came as a sudden shock, while Mom's — although the diagnosis of terminal illness was earthshaking — was a death that gave us time to say our goodbyes and express our depth of caring for each other. There wasn't unfinished business, unless a sense of being robbed counts as that.

Didion's book was a disappointment only because it didn't help me put anything into perspective or give me ideas for coping, as I'd hoped it might. Her struggle to balance again wasn't similar to mine in any way I could see. Didion wasn't "wrong" by any means; she just wasn't speaking to me at the time.

And that's what it's all about with books, isn't it? One day a book seems so dull you have to force yourself to turn to the next page; a couple years later it moves you like a dance tune. It all depends on where the reader is, in her own story.
Posted by Blondi Blathers at 11:54 PM No comments: