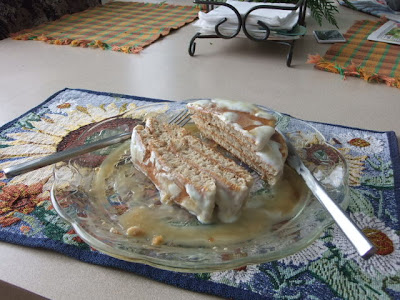 I would have captioned that photo "Jealous, Everett?" except that his stomach would turn at the sight of yogurt on a pancake. He could handle the syrup, but that would be it.

Funny who you think of, and why. We're out of maple syrup so I cooked up a quick sauce with brown sugar and water, which made me think of Luanne, who gave me the idea back in the day; and while eating that delicious breakfast (thought I'd taken too much but no, I managed the whole thing! Scott would be proud of me), I thought "I'll give her a call later." Well, it's later and I still haven't. I worked three hours and went for a walk and now have to come up with something for supper.

Or we could just stick the rest of these pancakes into the toaster: 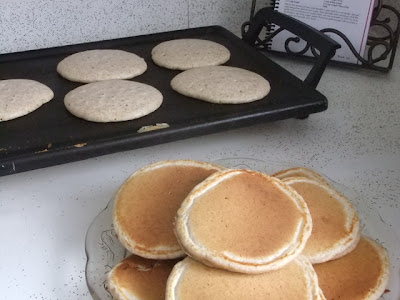