Emil Has Been Relocated 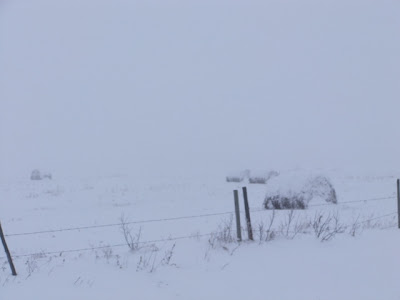 Emil's move was quick and easy, with Scott and Everett hauling Grandma's *Ultramatic bed and mattress from our porch here, and then transferring Emil's chiffonier (a word Mom always used for a "dresser" or  "chest of drawers") from the old room to the new. In short order we had his clothes, CDs, books, bedding, ghetto blaster, pictures and toothbrush loaded up and into the entryway of the new house, where Emil was greeted with vocal enthusiasm by the other residents, which we found quite cute. They grabbed bags and boxes and helped lug them down to the new bedroom and then visited with us while we helped Emil unpack and got his bed made up. He didn't want us to leave when the time came, but it was close to their 5 o'clock suppertime and I felt we should get out of the way.

It's unusual for Emil to try to delay our farewells, but lately he's done it more often, probably because we're seeing so little of him during the week, if we see him at all, and then on weekends he only comes out Saturday afternoon and goes back the next day. It's not enough for him and frankly not for me either. Once he gets out here he's in no hurry to return to the group home. Maybe I'll have to start picking him up on Fridays after work instead of waiting till Saturday: give him two nights at home, and make him do some dishes while he's here so it's not all just easy street.

This Friday, Mallard Industries has their annual Christmas banquet and dance. It is probably the highlight of the year for the clients and residents, and Emil loves it. He doesn't invite Scott and me to attend with him, although most people do take some family members or friends along. I guess he's like most men his age; why would you want to drag your parents along to a party?

*If you know anyone local who wants an Ultramatic bed, put them in touch with me. This one has hardly been used and Emil won't be using the electronic functions either. It would be good to sell it to someone who actually needs a bed like this.

My friend Julie has posted a new entry, The Glow of the Hour, on her page in the column on the left. She's nervous about putting herself "out there," and she really has put herself out there in this letter with some very personal revelations. You might leave her a comment if you recognize bits of your own life in her story.
Posted by Blondi Blathers at 1:35 PM 1 comment: