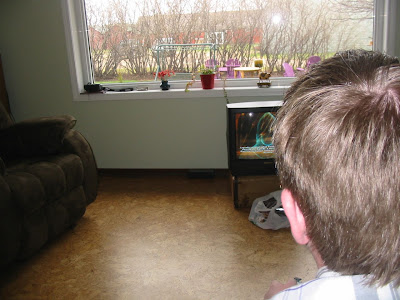 We still don't have our big TV over here, among other things; this TV (thanks Dad) is sitting on Mom's accordion case on the floor. We use it for videos (and Everett's xbox) and that's all. Pictures have yet to be hung. In a way it feels like we're still camping here. It's not cosy yet.
Posted by Blondi Blathers at 8:06 PM 3 comments: