My companion CBC Radio, and books

“This is what I listen to every weekday morning right after the 10 o’clock news,” said Aunt Margaret. She was my great-aunt, actually— my grandmother’s eldest sister— and I’d been sleeping on her couch near Mile One in Victoria, B.C.

It was a CBC radio program called Morningside, hosted by Don Harron. That was 30 years ago, and that program has been my morning companion through the years, through Peter Gzowski as host, and then Shelagh Rogers.  I listened to it from a house trailer in a First Nations community in northern Saskatchewan. I listened to it from a one-room log cabin with wood heat and no running water. I listened to it from a shack on the side of a mountain in Kelowna. I could and I did and I’ve never stopped listening to it, even when, years later, they created what I thought was a dumbed-down version of the show and put Jian Ghomeshi as its host, asking questions intended to be edgy (I guess) but I found simply unimportant and dull… more of interest to a 19-year-old, apparently the new "age demographic" the CBC was targeting. Since then the questions have become more interesting and Ghomeshi has improved as a host (as, according to my friend Julie, he would, with practice), and I still listen to the show when I have the opportunity.

It makes me remember Aunt Margaret, long gone now, who introduced me to the CBC and its many excellent programs. She also introduced me to washing all the fruit and vegetables when you bring them home from the store, before putting them into the fridge. And to the idea that a young man invited over for a game of chess was being “forward” if he brought a bottle of wine along. I didn’t agree with that one then, and I don’t now; I guess it was a generational thing.

CBC Radio has been a good companion to me all these years, many of which I’ve spent alone during the day. For a while there I read all the Canada Reads books so that when they had the conversations about them during the show I would know what they were talking about. After a couple years I gave that up; some of the books were a boring slog and there is already too little time in a life to read all the books that really interest you. However, the Canada Reads event brought Canadian authors to the attention of Canadians, and that was a good thing. There were some impressive books in there, certainly. There were also some that got far more kudos than they deserved.

Shelagh Rogers as host of the morning show was likable and when she gave that job up and began hosting The Next Chapter, an interview show on Monday afternoons with Canadian authors, I was there with my bells on. Oh, she could make those books sound fabulous! I’d get them from the library, all excited … and then about half the time, if not more, I’d be sorely disappointed. I’d find the writing poor, the editing seemingly non-existent, the — snooze. Oh Shelagh, do we have such different tastes in books? Apparently we do, or, as my internet acquaintance Eugene remarked, “She’s there to shill for CanLit.” She’s very good at it, too. I’ve been suckered in many a time. 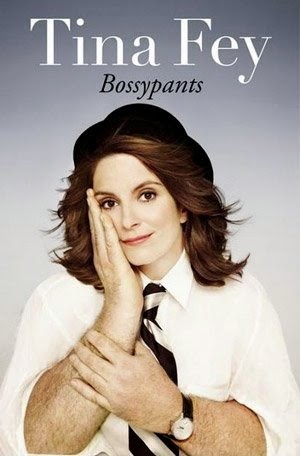 An occasional feature on Shelagh's show is “If You Liked That, Then You’ll Like This.”  That is usually a book by a non-Canadian, and this is one by a Canadian. Several weeks ago “that” was Tina Fey’s Bossypants; “this” was Kelly Oxford’s Everything is Perfect when You’re a Liar. I ordered them both from the library and started with Bossypants. I was laughing out loud by the time I finished reading the dedication, and chuckled all the way through. Then the Canadian book was up. What a treat this would be! I thought, until I read two chapters without cracking a smile (I wanted to be entertained! Yes! just like I want to laugh at The Big Bang Theory, but it’s.not.funny either. I know, the sitcom-watching world disagrees with me bigtime but … take out the laugh track, folks, and I bet you won’t be laughing either) and decided to return it to the library without finishing it. 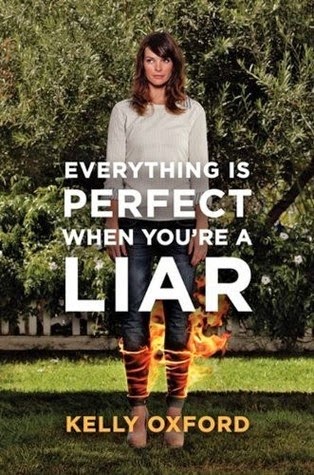 And this is as close as I’m coming to a book review, because really, what good are they? Aside from telling you a bit about a book’s plot and characters (which I haven't done here, so this isn't even close to being a book review, is it?), reviewing a book is such a subjective affair. It truly is a different-strokes-for-different-folks thing and tastes in literature differ widely, not only between people but between different times in the same person’s life. A book that is fascinating and informative and inspiring when you read it at age 20 is often flat, dull and old hat when you’re 40. And sometimes it’s the other way around. There are times in your life when a book can move you, and times when the same book leaves you cold because it isn’t what you need at the moment. I couldn't get through Proust's Remembrance of Things Past when I was 30, or even when I was 40, but I bet now I could.

I will always listen to and probably act upon book recommendations made by my friends. Some of the books they rave about may be stinkers, but others will be a revelation (Thank you, Bev, for introducing me to The Buckshaw Chronicles.) When you love books and reading, you will be open to anything and make up your own mind about everything.

But I don’t trust Shelagh anymore. Fool me once, Shelagh … fool me twice … but dammit, you fool me every time!