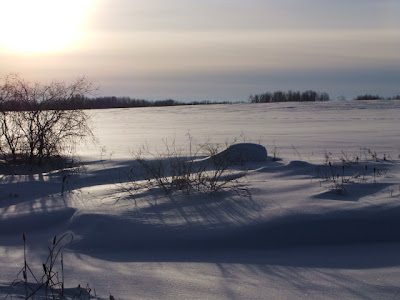 8:24a.m.
V of Swords again today. OK, OK, I get it!
Having some buttered toast before brushing my teeth and going out to join Everett, who is starting the van, cleaning off the snow and feeding the dogs and cats. His last driving lesson starts at 9 so we’re headed to town. He’s to do the city-driving portion of the course, which means he and his instructor will go to Humboldt. I’ll likely come home and go in again to get him.
But before coming home I’ll stop at the Co-op for dish soap and drinking water, and at the library to pick up books that are in for me. I’m getting quite a stack beside the bed and haven’t yet cracked one that’s keeping me riveted.
Scott’s requesting probiotic yogurt; he finally went to the doctor yesterday and got a prescription for sinus infection. Broad spectrum, he tells me, only six pills. Gotta have special yogurt to deal with the side effects. He sounds terrible, can hardly talk sometimes, his chest is heavy, he’s dragging himself around, coughing and choking and hacking.

2:53pm
So we met the driving instructor in front of the high school. I thought they’d be going to Humboldt for Everett’s last hour, which requires “city” driving. Don’t ask me how Humboldt streets and traffic can be considered city driving, but that’s the story I was told. Before I left he told me he would be done at 10 to 10, which means they were only going to drive around town. I had time to go to the library, post office and bank, pick up a cup of black coffee from the newest eating hole opened up on Main Street, and sit in front of the school waiting and reading the Wadena News for the few minutes before they appeared.
The instructor said the roads in Humboldt are terribly icy right now so she will wait another week or so before they go there; and that Everett’s driving has improved … “It’s amazing how much! But he still needs a lot more practice,” she told me before I hopped into the passenger’s seat and Everett and I headed to the Co-op for the weekly grocery shop. Tomorrow when I pick Emil up he will be disappointed that we don’t need to go there.


On the way to town I'd picked up a text from Joanne. (Oh yeah, now I'm an old hand at this texting business. Not.) She’s had her surgery and is feeling fine. I managed to text her back: “When do U need me to come?” Maybe I’ll be heading out as early as tomorrow. Emil says he’ll just stay in town at the group home this weekend if I won’t be here. Why? I asked him. Everett and Scott will still be home. Am I that special? Yes, he said.
He's my favourite.
:)


Today I read this important info about the safety of your clothes dryer and its longevity. I checked it with Snopes.com, and it's true. Click here to read it.
Posted by Blondi Blathers at 3:13 PM 2 comments: