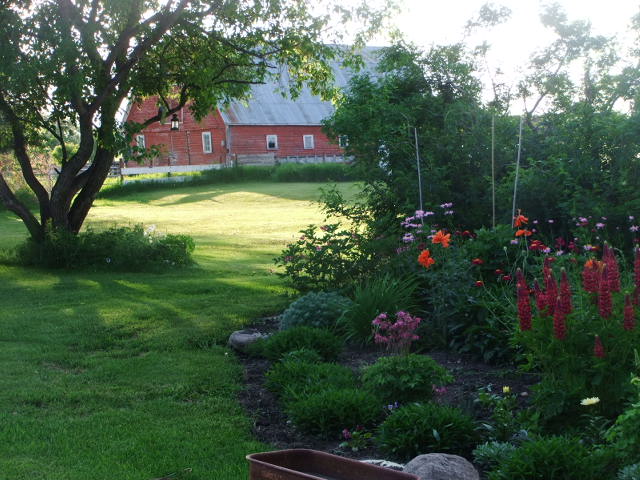 It's a rainy morning and we are off to Kuroki to help Scott's cousins with a yard sale at their mom's house. They have undertaken the difficult task of sorting through and organizing everything after her recent passing, and I offered to be there in case ... well, in case of whatever. I imagine it won't be easy to watch strangers picking through possessions that your mother may have been using just a couple weeks ago. If I am there, at least the girls can go into the house if there are tough moments.

Dad arrived yesterday from Kelowna. He had stopped in Cranbrook, Okotoks, Calgary and North Battleford on his way, and said the flooding all occurred just after he left an area so the rain may be right behind him. Anyway we had a nice little visit in the afternoon and he has gone on to Margo to stay with Karen.

It was Emil's 25th birthday yesterday and, without a vehicle to drive, I was unable to pick him up and do something to celebrate. We had planned a trip to the Wadena Bakery for a "treat," and were going to go out to Missy's restaurant (it belongs to my niece) at Margo for supper too. But Scott needed the truck to work, so Emil had to swallow his disappointment. He was picked up after he'd eaten supper, and brought out here, and I promised we'd still do those things — but it will have to be when I have wheels.
Posted by Blondi Blathers at 9:00 AM 2 comments: