On went my big-girl pants and out the door went I. The temperature wasn't so bad, hovering around the freezing point; it was the wind that was nasty. I was ready for it though, and warm enough to take a walk. 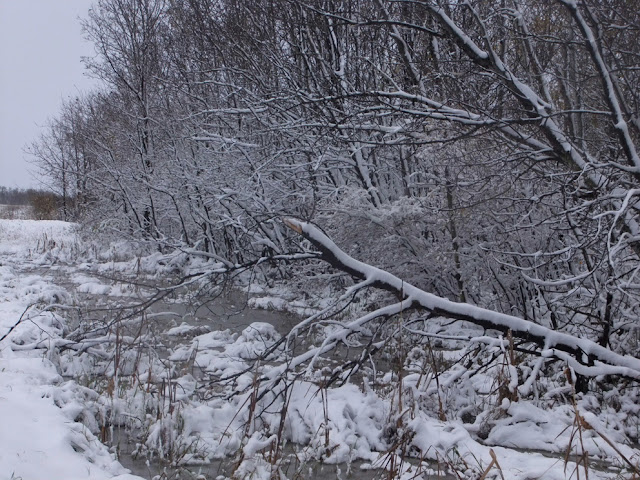 There's a lot of whining and crying going on around the countryside, but it's actually quite nice out if you're dressed for it.

Last night I watched a fascinating television program on the Knowledge network, called The Wartime Farm. During the Second World War, farmers in England were asked to double their production in order to feed the country. Knowing what I know — which is that farmers already aim for the highest possible production — this alone seems like an unachievable demand.

Farmers were also asked to train to be guerrilla/resistance fighters, and many did, in case the Nazis invaded British shores. That's something I'd never thought about, but it makes sense to be prepared to sabotage the enemy if they were able to move inland. When Churchill said the British would fight to the end and never, ever surrender, the English took him seriously — and good for them!

Very interesting show; I'll have to make sure Scott knows about it.
Check it out for yourself HERE.
Posted by Blondi Blathers at 12:17 PM 3 comments: