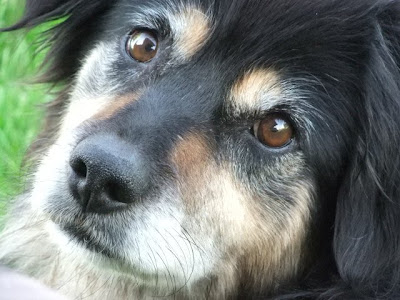 Jenna, eight years old, is a newcomer to the farm. Scott's aunt has sold her acreage and Jenna needed a new home. 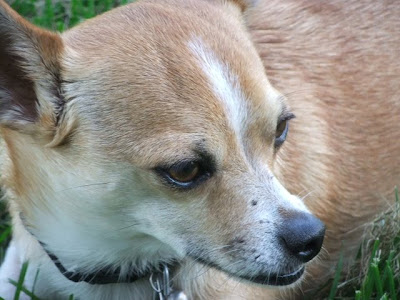 Ducky is here to stay after several visits while my sister and her hubby were away on holidays. He actually belongs to my niece Danielle but when she took him down south with her to live in Carlyle he wasn't happy and she decided to let me keep him. 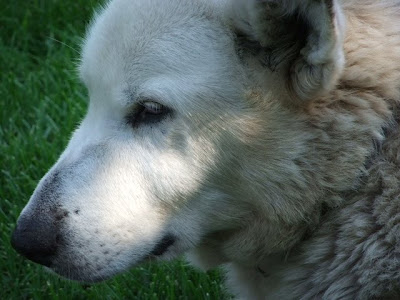 And here's Casper, the 15-year-old with arthritis and an incredible fear of thunder, who bounded across the yard toward me this morning with such vigour I could hardly believe it.

When I sit in the garden swing, all three of them are ranged nearby, on the grass. When I go for a walk, I am well escorted. I swear Ducky grins, although his little legs are a blur as he tries to keep up with the bigger dogs. He has a crush on Jenna, who will play with him as he runs circles around her.

The other day a coyote flashed across the road some distance ahead of us and these three, along with Sara Doodle from the old place, who visits occasionally, all lit out after it. Don't worry, Karen, I called Ducky back before they ran out into the field. [Karen always worries because Ducky would be a mere mouthful to a fox or coyote, but he thinks he's a German shepherd.]
Posted by Blondi Blathers at 12:25 PM 2 comments: