Smart Tip from the Get-It-Done Guy 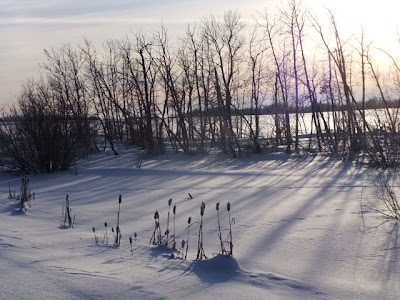 Except, of course, for the fight. Fighting takes a long time, it's tiring, and it's bad for relationships. So some nice people got together and invented “fair fighting.” Have you heard of it? Just Google it. You'll find lots of versions. There are rules like, “Take it private, keep it private,” so you don't embarrass each other in front of others. Wouldn't that defeat the point? Or how about, “Avoid accusations.” Or, “No hitting below the belt.'” Why go to all the trouble of fighting if you're going to fight fair? Why not fight to win?

I guess the theory is that as long as you're going to fight, you should fight fair. But if you can just decide to fight fair, willy-nilly, then why can't you just decide not to fight at all? Because it's human nature to fight, that's why. At least, that's what I say to justify my occasional lack of self-control and infantile behavior.

Even if you fight fair 99% of the time, that extra 1% you might say something that's better left unsaid. Nothing destroys relationships like loved ones going straight for each other's insecurities. So they didn't tell you until after you were married to them that they weren't the gender you thought? Obviously it's a sensitive issue for them. Bringing it up in a fight about whose turn it is to wash the dishes is not going to win you any brownie points.

Fighting Takes Too Much Administrative Overhead

And, of course, fighting rarely starts small and stays small. Imagine a couple where one person is mainly concerned with tasks, whereas the other is mainly concerned with relationships and feelings. Just imagine how things might go: a fight starts over a task. “It's your turn to do the dishes.” “Is not!” “Is too!” The feeling-centric person then notices the conflict is generating bad feelings. That upsets them. That is a big problem. “You just had to start a fight, didn't you? You always do this! You take a nice evening and ruin it. You can't just discuss it calmly!” To the task-centric person, that is going off task. Which, of course, is a big problem. So they get even more upset about that. “You're always changing the subject. What about the dishes?” “This isn't about the dishes; this is about your inability to be an authentic human being!!”

Now we have three fights going on. One fight about the dishes, one fight about whose fault the fight is, and a third fight about how the second fight is distracting us from the first fight. Who can keep track? You might try using the grid technique from my episode on managing multiple projects, but that becomes a fourth fight: “Why are you writing out a grid? Don't you care about our relationship?” At that point, trying to explain you're writing a grid so you can track the fights that you need to fix so you can make up and snuggle ... just won't work.

Did my sample fight sound familiar? That's because fights aren't original. Most of us have the same fights as each other, and we have them over and over and over. Even the fights about the fights repeat! This is silly! If you're going to get hot and bothered with your snuggle bunny doing something repetitive, there are better alternatives. For example, jumping rope.

But if you must fight, streamline the process. Create a word processing document and type in your standard arguments. Include both points of view, but just how you both say them. Don't cheat to make yourself look better than you are; record both sides of each argument. Put in a bold header for each argument to make it easy to find, and include a table of contents if it helps. Start with a title page, “Our arguments.”

Now print it out and make sure you each have a copy. Next time you start to argue, run (don't walk) to your nearest copy and hand it to the other person. Then you can each turn to the proper page and run through the argument silently. When you're done, if either of you have anything else to say, say it. Record those additions for next time, of course. Voila! What used to be a two hour argument now takes mere moments. You can look at each other, laugh a bit, and go snuggle and make up.

In my life, this tip works. The idea appeared in my head in the middle of an argument, when I realized the argument was really, really familiar, but it was too late to stop it from escalating. I thought sarcastically, “There's gotta be a way to streamline this.” Then I realized it could be funny to give it a try. My first version was my partner's main points and what my responses would be. That would help me save time in proving I was right. Then I realized that wasn't fair, so I included both points of view. It was funny. We only had to use our argument booklet two or three times before almost all of those arguments lost their force.

This tip doesn't actually work because you're streamlining your arguments, it works because you're reminding yourselves how silly and futile arguing is in the first place. Life's too short. Go snuggle instead.

By Stever Robbins, the Get-It-Done Guy.
Sign up for his mailout by clicking here.
Posted by Blondi Blathers at 12:48 PM 4 comments: