Ms Steinem: What a Woman

If I hear one more woman say she is not a feminist because feminists want to take something away from men, make men less masculine, put men down, be less domestic themselves, be more manly themselves ... I am going to puke.
Where do people get these cockamamie ideas?
And why, if they don't know what they are talking about, do they open their mouths?

It is particularly pathetic that women who now take for granted the right to work outside the home, the right to own property, the right to vote, the right to custody of their own children, and many other legal rights that women did not have even 100 years ago, do not recognize that it was feminists who fought for these rights. It was not women who were satisfied with the status quo and were happy to be the legal property of their fathers, husbands, or even brothers. It was women who had the guts to stand up and take the crap that was flung at them for insisting on being treated as full human beings under the law and not just chattel or, basically, domestic servants.

"If you are not a feminist, what the hell is wrong with you?" 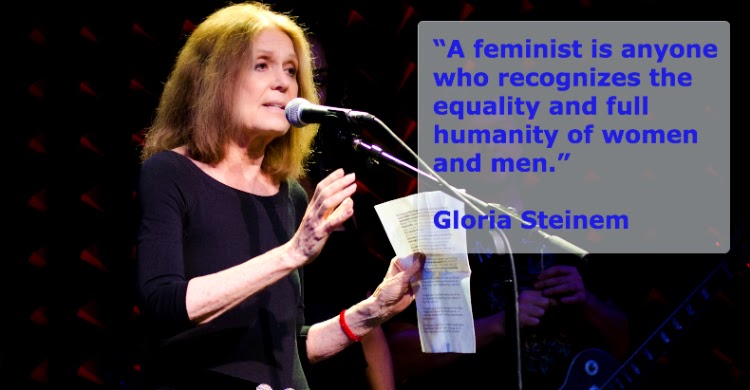